Many plaster casts and photographs of footprints have been examined in detail which were reportedly made by a species of bipedal primate, the Sasquatch or Bigfoot. They prove not to be simply enlarged human footprints but show several peculiarities.

These include flat arches, a double ball, and enlarged heels. Examination of leverage mechanics of the human foot indicates that with excessive body weight certain modifications would be advantageous. The expected modifications are the same as those seen in the reputed Sasquatch footprints.

Within the last century, several hundred people have reported sightings of gigantic man-like animals in the forests and mountains of the Pacific Northwest. Hundreds more have seen the huge footprints left by these hairy creatures. Possibly ten times as many people have seen these giant primates and their tracks without reporting anything to newsmen or law officers for fear of ridicule. 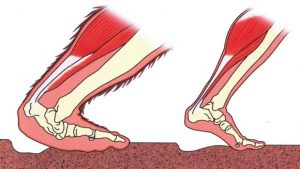 The animal in question is commonly called Sasquatch — based on one Indian name for it — or “bigfoot” for obvious reasons. If this animal really exists, it would probably be man’s closest living relative and a a member of the zoological family Hominidae. It is not human, however, in any sense of the word; all reports agree on its lack of language, artifacts, and social organization.

Was driving on the forest trunk road outside of nordegg. I stopped near lynx creek for a bit of a break and noticed some big footprints in the ground along side the creek. […]

This is a short video from T. S. with regards to the footprint casts made at Bluff Creek following the infamous October 20th, 1967 filming of “Patty” in Northern California. […]

Casting is a great way to preserve a track for later observation but there are multiple ways to tackle this and a lot of opinion on the best to use. There is no right or wrong way yet some methods will help on the preservation and be more durable long-term. […]