Rob was born and raised in small town Alberta. He is married with three children and owns his own business so life keeps him very busy. Rob’s interests include hunting, fishing, and hiking. Rob has had a lifelong interest in cryptozoology, with his main interest being the search for manlike creatures like Sasquatch and the Yeti. He has been involved with Sasquatch research in the province of Alberta for just over 10 years now. He is a former investigator with the now defunct W.C.S.R.O. and was co-founder of the group Alberta Sasquatch. That group has transformed and now Rob is one of the co-founders of the Alberta Sasquatch Organization. He is of the opinion that these creatures are flesh and blood and are some form of relict hominoid. Rob has had some strange things happen to him while researching but he has never had a sighting.  Rob hopes that in his lifetime there will be an answer to this mystery. 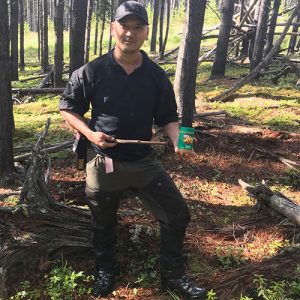 Keenan was born and raised in Lethbridge and now calls Calgary home. He comes from a military background with 13 years of experience in the Canadian Armed Forces and is an avid year-round fly fisherman. He is a graduate of the University of Lethbridge and now works as a contractor in industrial occupational health and safety. Keenan’s fascination with the subject of Sasquatch came from a childhood introduction with the topic but his curiosity was solidified with a strange and unexplained experience he had while on a remote fly fishing trip north of Coleman in his late 20’s. He is primarily interested with preserving the history of reports in the province and functions as the team’s webmaster and social media manager. Believing that there is a tremendous value in the cultural impact of alleged Sasquatch encounters, he strives to bring his inquisitive but discerning sceptical mindset to the Alberta Sasquatch Organization in hopes of preserving this important part of our heritage for future Albertans. 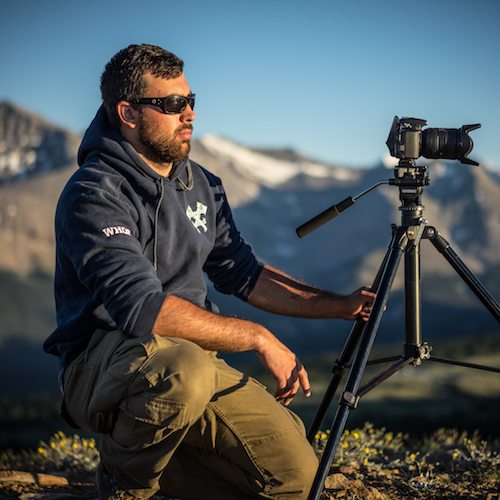 Justin is a filmmaker, photographer, and former wildland firefighter based out of Alberta, Canada. He is also the director and producer of the Sasquatch documentary Wildman: My Search for Sasquatch. Justin’s fascination with Sasquatch began in his childhood when his father introduced him to the subject. Since then his curiosity led him to the pursuit of the creatures discovery. Being a former outdoor guide and forestry worker, Justin has spent countless hours in the wilderness and is now more convinced than ever that the Sasquatch may in fact be a reality. Justin dedicates a large amount of his time venturing out into the mountains year-round in hopes of bringing in conclusive high resolution video evidence of these mysterious creatures. As open minded as Justin is on the possibilities of what the Sasquatch is, he still believes maintaining a level of skepticism is necessary when conducting research. Visit his YouTube channel page here. 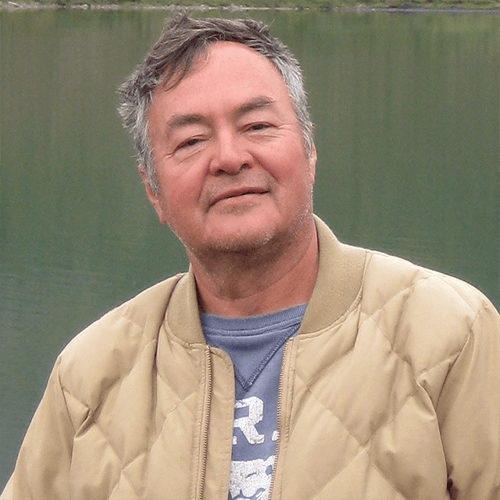 Raymond Yakeleya is an award winning Dene television Producer, Director and Writer. Raymond is originally from Tulita (formally Fort Norman) in the central Northwest Territories but now calls Alberta home. He has heard stories of Nahgunne “bush man” and UFOs from the Elders since being a child. The Dene First Nations know these to be real and part of our cultural history. He is interested in gaining a greater understanding of the unknown by listening to others and their experiences in this regard. The Dene believe in two worlds: one you can see and one you cannotsee – both real. He is also a believer in doing this with respect for everyone and their experiences as a real way to learn from each other. Raymond has over 30 years in the television industry. Raymond received his photography and advanced television production education at the Banff School of Fine Arts and attended the University of Southern California summer cinema program in Hollywood, Los Angeles. In 1979, Raymond produced for CBC his first award winning documentary together entitled We Rememberand in 1981 produced and directed The Last Mooseskin Boat, also an award winner, for the National Film Board. He has always believed that Canada’s First Nations people need to have a voice in mainstream media in order to tell their people’s stories, their way. With the passing of many of Elders, the telling of these stories has become even more important. 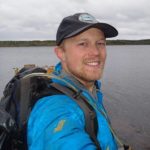 Josh has approximately 2 cumulative years of experience in deep wilderness areas across Canada doing geology work, and is an experienced hunter and avid outdoorsman. Although he has not had a confirmed visual sighting of Sasquatch, he believes he has encountered them on numerous occasions in Canada’s wilderness.